Many consumers have never heard of a dual shower head. A dual head means there are two separate shower heads running off of one pipe in a shower. There are three types of dual shower sets and within each set, there are many options available. Let’s find out which type of shower head would best suit you by learning more about them.

The most popular dual set is the dual arm shower head. With this type, one shower head is attached to the wall as a regular shower head fixture. The second shower head is attached to a double length swiveling arm, making this shower head easy to adjust and rotate. This dual head shower system easily attaches to the existing shower plumbing. Many people prefer this type of dual head fixture because of its versatility. Once you’ve installed the dual arms for your shower head, you can attach any shower head you wish. You can even install two completely different types of shower heads depending on what you want. The dual shower arms are made from heavy sold brass and do not have washers, making them leak free. Try adding a rainfall shower head onto your movable shower arm, while receiving a pulsating massage from the stable wall mounted shower head. You will discover why a dual shower head is often the first choice of many customers.

The second type of dual head is the dual massaging shower heads. This package is sold already put together with two matching massage shower heads. While they sit side by side, you can swivel and adjust the water so your massage is just right. These are packaged in easy to clean white thermoplastic, chrome or brass. Dual head shower fixtures are often able to run separately as well as together. Flow valves are available for those dual fixtures that do not come with individual shut off valves, making it easier to use one or the other shower head or both simultaneously.

Choosing a dual shower head that you will enjoy for a long time to come is easier once you know the options available. Be sure to compare not just the shower head features, but the cost as well.

A Huge Range Of Bathroom Vanities To Complete Your Bathroom’s New Look! 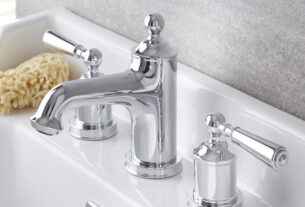 How Much Difference Do Bathroom Faucets Make?

What Does It Take To Become A Housekeeper