The quest for more living space these days means making more efficient use of the sites available space in which to extend or develop. This invariably means building right up to the properties boundary line in many cases.

This can have major pitfalls if it is not presented or handled correctly & not just at the Planning Application stage either. You wouldn’t believe the number of on-site boundary disputes that arise during construction and it is usually the poor old builder who gets caught right in the middle of the crossfire.

Having been party to a few boundary disputes in my time there are a number of rules that I apply when extending or developing a property to ensure that the risk of a neighbour dispute is reduced or catered for when designing and building close to the properties boundary fence for example.

RULE NO. 1:- Though shall not encroach over the boundary line.

Sounds a simple one doesn’t it but you would be amazed at the number of times a site owner seems to think that it’s OK to follow the line of the original party wall for example in order to avoid a ‘kick in’ for the new works. Even if the neighbour gives their consent it still leaves room for a later dispute not to mention the tricky questions that can be asked when selling either property later on. Even though the main wall main not encroach, it is vital to ensure that the foundations or eaves projections do not overhang the adjoining neighbour.

If pushed by the site owner I do agree to complete design works that overhang the boundary & this is easily covered during the Planning application process by serving the correct Notice and signing certificate ‘B’. However, it is the during the build process that many verbal or written neighbour agreements fall apart so I ensure that that my advice not to encroach is recorded by the client in an acknowledged paper trail so that I can wash my hands of it later on – you can lead a horse to water but you cant make it drink.

RULE NO. 2:- Though shall never assume that the fence is the correct boundary line.

Most of the time, the fence or other demarcation dividing properties is the correct location. However, people have a habit of taking advantage or lying about such things. I had case once where a site owner re-aligned his fence by 300mm when his neighbour died. His view was that he was just making the boundary correct to a straight line as denoted on the deeds. Over the years as fences are renewed, removed for access, replaced with hedges etc., the demarcation does tend to wander often to a point where it is near impossible to re-identify the correct boundary line. If a neighbour has had the benefit of an extra 300mm for the last 15 years due to a removed or unmarked boundary line he sure isn’t going to give it up just because his new neighbour wants to reestablish a straight line to some moth eaten piece of barely legible piece of paper.

Another very common occurrence is when a rural site owner obtains an extra piece of land that is outside the residential curtilage and by encompassing with a new fence he seems to think that he now has a usable extended garden ripe for building in. Not only doesn’t he have proper permission to use the land as a garden he could be asked to remove any building works when it is discovered (and most are).

RULE NO. 3:- Though shall put the onus on the client to identify and agree boundary lines with the neighbour on site BEFORE he starts work on the project.

This is the best piece of ‘bottom shielding’ you can have. Why should I take the rap for a neighbours venom or the clients demands ‘to sort it out’ due to his unwillingness to grasp the nettle. By clearly demonstrating that your have already exercised a high degree of ‘duty care’ with precise written advise on how they were to avoid boundary disputes with their neighbour, you can at least rest easy at night or charge a good fee for sorting out their mess.

Seems a bit hard faced I know but if ever there was a re-occurring potential nightmare in residential development then this is it. It should remembered that previous case studies have shown that neighbours will go to war over two inches of land & donate thousands of pounds to solicitors fees in the process – guess who ends up really winning!

These are 3 simple rules that will help provide your own development project with unhindered progress to a great conclusion.

RULE NO.4:- Though shall inform the client of his duties under the Party Wall Act 1996.

Generally speaking, if the building owner uses the Party Wall Agreement system which is usually administered by a specialist Party Wall Surveyor then this would encompass most of the other rules above.

Having the client nursed through the Party Wall Act by someone else that knows what their doing is of great benefit to both the designer & building owner & very rarely leaves any problems in their wake.

I wont explain here when & why the client needs to obtain Party Wall Agreements with his neighbour as the legislation is quite complicated but generally only applies when the building owner is excavating within 3 meters of a neighbours wall or party fence/wall or completing works that would affect a party wall or party fence.

Our ‘Maximum Build Planning Guide’ explains further the tactics involved when extending or developing a property & what areas can be exploited for developing land or a site for residential use. How to give yourself the best chance of being granted an approval. 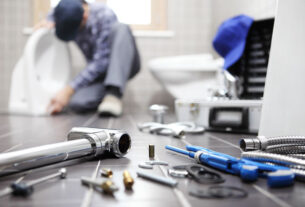 Handyman in Parramatta – What Can They Do for You? 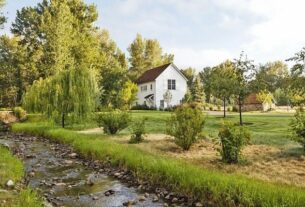 Landscaping Tips to Help You Reinvent Your Backyard